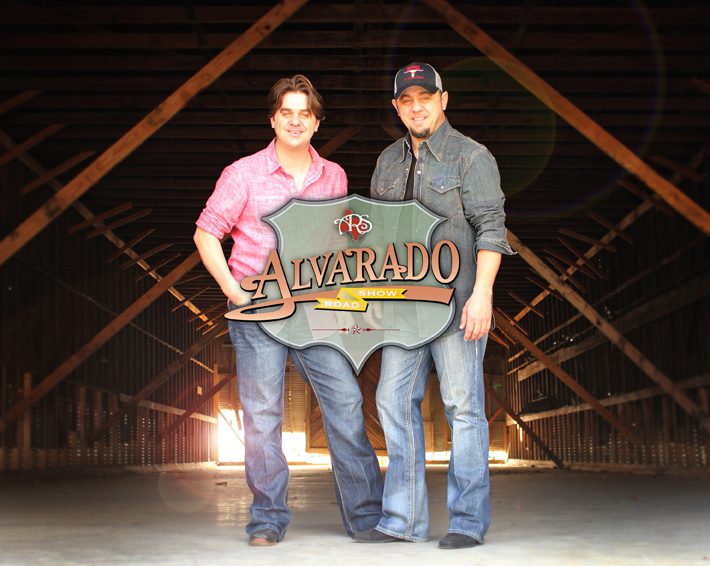 The Nashville-by-way-of-Texas-based, brother duo Alvarado Road Show are led by singer/ bass player/guitarist, Cleve Clark and feature A.J. Clark, singer/guitarist. The brothers create and perform rootsy American music about life, love and relationships. When you witness one of their performances, they will paint a colorful picture with words, notes and heart through warm blends of harmony that will move and forever change the way you experience music. They are brothers, singers, performers, musicians, producers & songwriters.

The guys frequently tell stories of the days they played in a chicken coop and in front of a laundry mat from years ago, and of the road that led them to perform at the Grand Ole Opry. “Some of those early shows at the time, might not have been the coolest, but they are some of the most memorable. We count them just as important as the big stages.” A.J. says. Cleve continues, “Without those shows, we wouldn’t be who we are today!”

The two are known for their ability to deliver the songs that they themselves have tailored to bare their souls. “We try not to be afraid to open up and be real. That’s where our songs come from. Our lives, our experiences, our families and understanding we live in a world of extreme joy and sorrow” states Cleve, who is the younger of the brothers. Some of the guy’s works have been showcased on the recent release by Joey + Rory, “His & Hers” on Sugar Hill Records; Ty Herndon’s “Lies I Told Myself” country project; Gwen Sebastian’s self titled project; the legendary songwriter Mentor Williams’ “Just Another Songwriter” project which was also produced by the brothers and features Williams’ rock classic “Drift Away”; & the new Universal Records artists, The Elderlin Chicks. Kim Williams, Mentor Williams, David Z, Tom Douglas, Stan Lynch, Rick Carnes… these are a list of a few hit songwriter legends who Cleve and AJ share catalogs with.

“People can count on us being around forever!” A.J. states.

When not on the road you’ll find them on the 4-Bar-C Ranch in the hills of Tennessee where they share their homes.