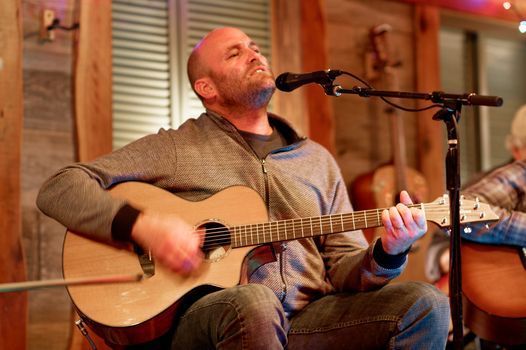 Mobile, Alabama based singer / songwriter, Ryan Balthrop has been writing and performing with various bands for nearly 20 years along the Gulf Coast and around the Southeastern United States, with Caribbean and European tours also under his belt. In recent years he has stayed closer to home and focused on writing and recording at MEKA Studios. With the release of two recent solo albums (ASCAP Ryan Balthrop Music) Balthrop revealed a deeper side, with songs based in spirituality and some dealing with the reality of death. Others are comical looks at life,  and there are some heartfelt relationship ballads in his original repertoire as well. A third album was released in 2016. Fall Together was recorded at Studio H20 in Mobile, by legendary songwriter/guitarist/producer Rick Hirsch. (Molly Thomas & The Rare Birds, Wet Willie, Gregg Allman Band, Joan Armitrage, Bonnie Raitt). Possessing a natural stage presence, a strong soulful voice and a quirky sense of humor, Balthrop continues to impress audiences in a diverse number of ways. His style is a blend of Island Blues, Folk, Funk, Reggae, and Improv.
Balthrop’s first two music videos for the songs ‘Way Down Low’, and ‘Runaway Train of Thought’, have made it into the Top 10 at The South Alabama Film Festival and another one he is featured on, Sonny Bama’s ‘The Bottom’ also made the Top 10.